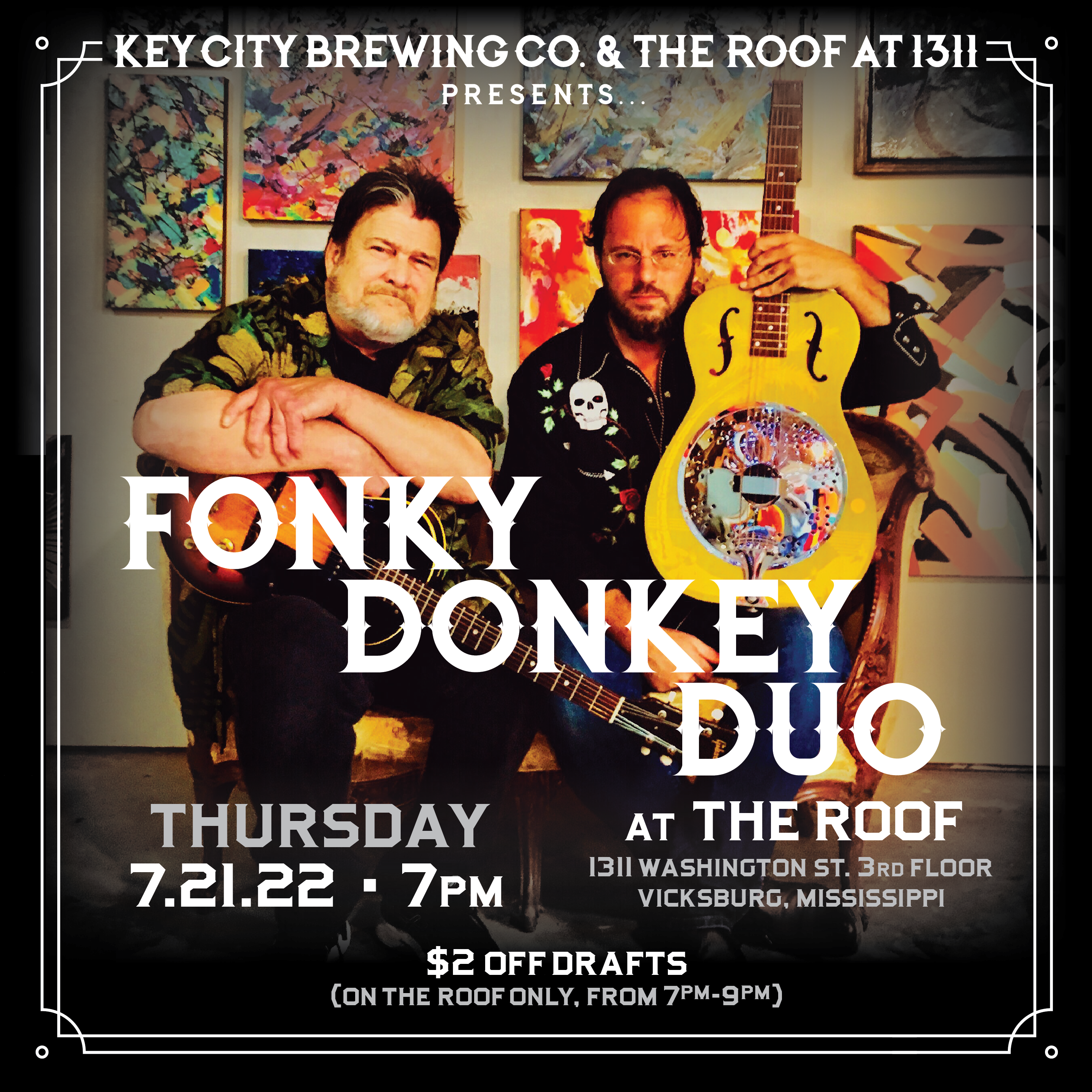 We are excited to announce that the next artist performing for RAISE THE ROOF is none other than The Fonky Donkey Duo!

The Fonky Donkey Duo takes the masterful guitar playing of Gil Franklin, the slide guitar and blues harp playing of Ben Swamp Donkey Brenner, and the combined singing and songwriting talents of both to create new, original blues, roots, and Americana music.

First recognized as a powerful new presence in blues and roots music following their performance on the main stage at the 2019 King Biscuit Blues Festival in Helena, Arkansas, Fonky Donkey released their first record, “The Saboteur” in 2020. The follow-up record, “Donkeyland,” released March 19, 2022, has been described as a “roots & blues excursion through the heartland” and as a record “full of cool surprises.” Donkeyland is currently in frequent rotation on blues & roots radio shows throughout the United States and Europe. Fonky Donkey will be returning to King Biscuit main stage in October 2022.

The Roof opens at 5pm and music begins at 7pm. Be sure to come early, snag a spot and a beer.

Check out Fonky Donkey music on the band’s website, www.getdonkeymusic.com  and on Spotify, Apple Music, and Amazon.