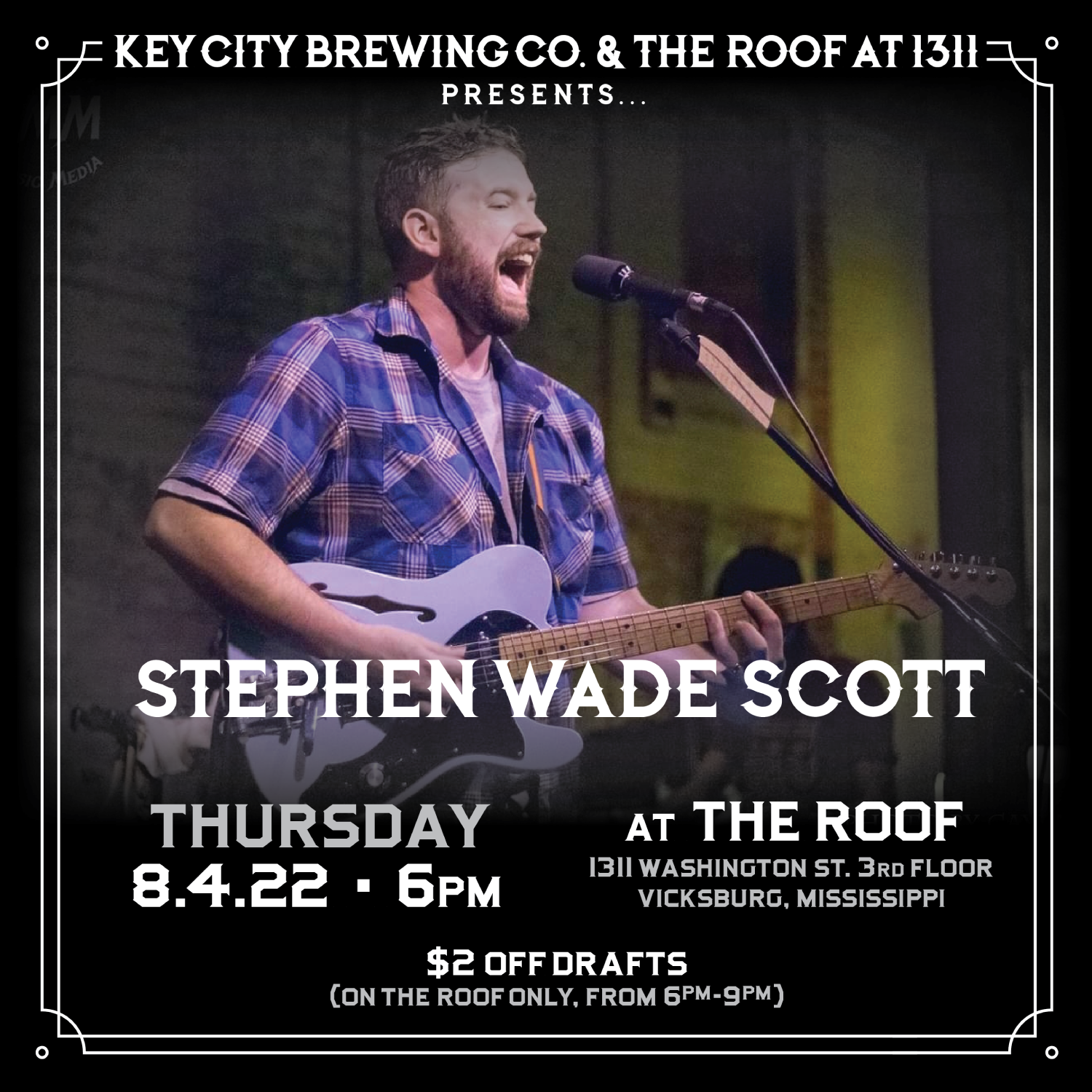 We are excited to announce that the next artist performing for RAISE THE ROOF is Stephen Wade Scott!

Stephen Wade Scott is a professional singer-songwriter, arranger, and musician living in Hattiesburg, Ms. Stephen has played guitar, mandolin, banjo, harmonica, and various other instruments in bands across the southeast over the last 18 years.

Previous bands include the Petticoat Junkies, The Narwhals, Mark Mann and the Marked Men, the Thomas Jackson Orchestra, and Vanity Furr among others. He is a regular sideman for Tyler Tisdale, Chelsea Lovitt, and several other artists around the state. Having performed with or for such artists as The Mountain Goats, B.B. King, The Drifters, Ben E. King, and Grace Askew, since 2019, Stephen has predominantly focused on songwriting and performance either solo or with his band, Stephen Wade Scott & The Low Spirits.

Stephen was recently awarded the State Artist Fellowship Grant for Songwriting and Guitar by the Mississippi Arts Commission and is awaiting the release of his first solo album, Hard Songs for Soft People, later this year!

The Roof opens at 5pm and music begins at 6pm. Be sure to come early, snag a spot and a beer.