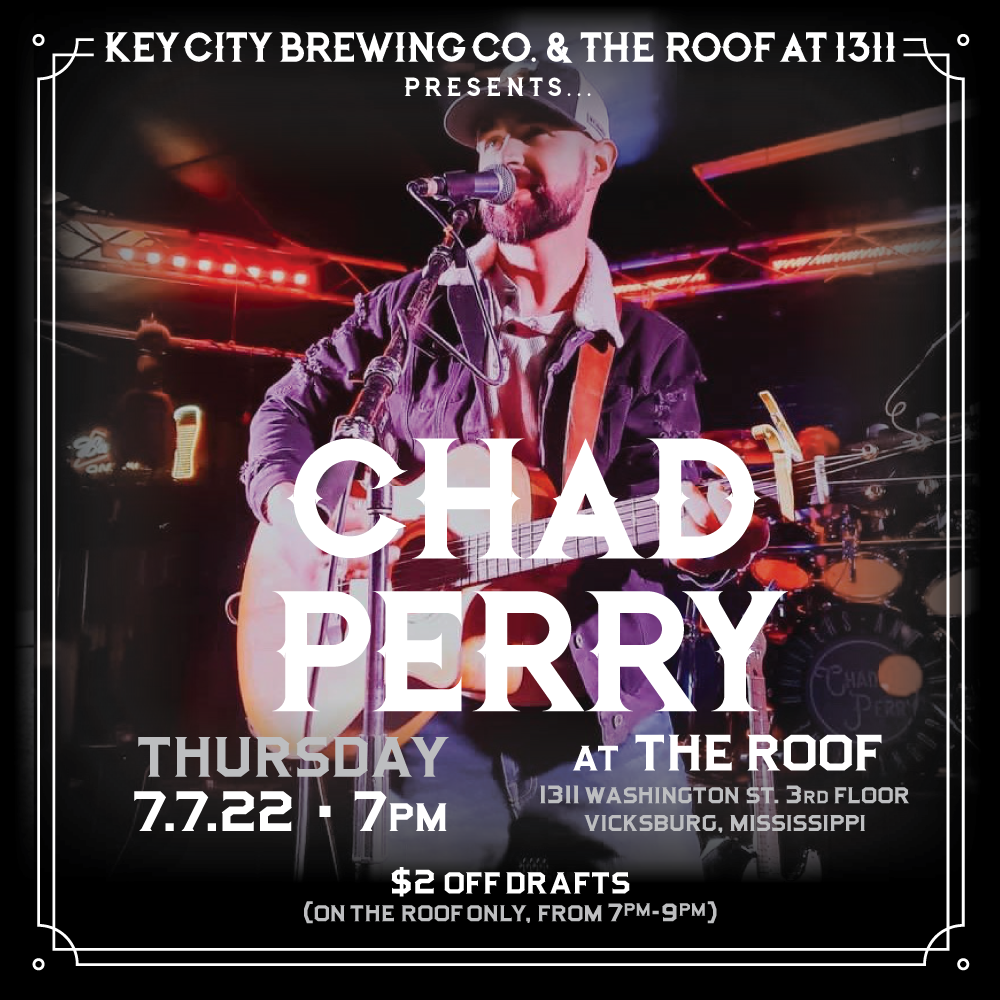 We are excited to announce that the next artist performing for RAISE THE ROOF is Chad Perry @chadperrymusic!

Chad Perry delivers an eclectic blend of country and soulful pop-rock with a little bit of blues added in, with influences ranging from Stevie Wonder to John Mayer to Tyler Childers. Whether he’s by himself acoustically or with his backing band, the County Line Drifters, Chad’s performances never disappoint and he always plays to his audience but he isn’t afraid to explore uncharted territory every once in a while.

The Roof opens at 5pm and music begins at 7pm. Be sure to come early, snag a spot and a beer.
Also, don’t miss out on $2 off all draft beers on The Roof from 7pm – 9pm!